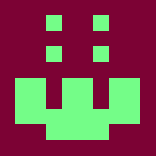 The Internet Wrestling Community (IWC) is always arguing about something, always. But last week’s debate extended beyond just fans in the IWC, even the pro wrestling community was debating.

Izzy, also known as Bayley’s biggest fan or WWE super fan, made her in-ring début at a Punk Pro Wrestling show over the weekend. Yes, in-ring début! Izzy is 12-years old! During her début match, Izzy was chokeslammed by pro-wrestler Effy. Yes, chokeslammed!

When the news and video footage hit the internet, the IWC and pro-wrestling community erupted in a discussion. Is 12-Years Old Too Young For In-Ring Wrestling? How young is too young for in-ring wrestling?  Let’s consider both sides of the debate.

Is Twelve Too Young For In-Ring Wrestling?

According to the Concussion Legacy Foundation, “Chronic Traumatic Encephalopathy (CTE) is a degenerative brain disease found in athletes, military veterans, and others with a history of repetitive brain trauma. In CTE, a protein called Tau forms clumps that slowly spread throughout the brain, killing brain cells.” CTE is very serious. Wrestling at a young age can increase a child’s chance of developing CTE.

Children Play Contact Sports with Other Children, Not Adults

In Izzy’s case, she was not working in-ring with someone in her age range. (That sounds really dangerous when you think about it.) Izzy was chokeslammed by an adult. When children play contact sports such as pee-wee football, they play among other children their age and weight. Even though children play contact sports with other children in their age and weight range, they still run the risk of developing CTE.

Not all parents are ok with their child making his or her wrestling début at such an early age. WWE superstar Lince Dorado is one those parents. Dorado took to Twitter to express his concern as both a professional wrestler and a parent.

I will not support this at all and I will leave it at that! As a parent and PROFESSIONAL wrestler I feel utterly embarrassed due to my “peers” actions! Not ok! pic.twitter.com/KLzFI9f1hd

Many Wrestlers Start Training at a Young Age

In the United States, pee-wee football is a popular sport. Parents can sign their young children up to play for school leagues, community leagues, religious leagues, etc. Although league ages range from league to league, some children start playing as early as 5 years old. 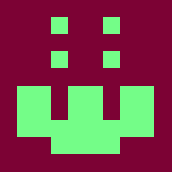 If You Missed NXT, Check Out the Main Event

Royal Rumble 2020: Everything We Loved and Hated